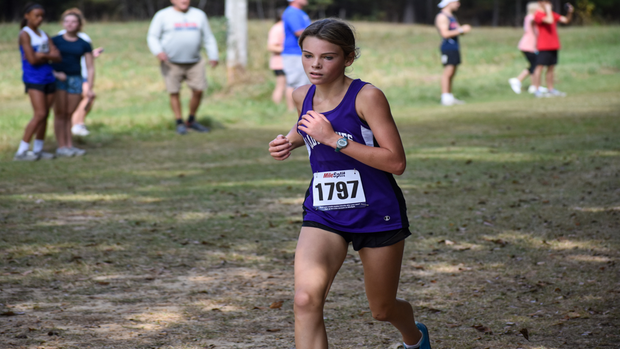 NATCHEZ, Miss. --- This week's cross-country action kicked off on Monday at the 2022 Cathedral Cross Country Invitational.

Barrett Burget of Cathedral Unit School won the Varsity Boys' 5K race. With a time of 17:39, Burget finished six seconds ahead of the next runner, 4:49 miler Casey Haddox-Harvey, who ran 17:45. With this performance, the Natchez, Miss. native has officially snagged his first win of the season and the second of his career. Last year, he won the varsity boys two mile at the 2021 Cathedral Twilight XC Meet.

Haddox-Harvey also ended the day with a lifetime best. After back-to-back weeks with a 5k PR, it seems the Columbia Academy junior is progressing well and will continue to do so throughout the season.

Rounding out the top three is Jonas Cox of Madison Ridgeland Academy, running an 18:02. After the departure of the now Naval Academy runner Will Triplett, Cox has stepped up to be MRA's top runner.

Cathedral Unit School and Columbia Academy placed their top five athletes in the top 25 finishers. While this sounds close, Cathedral had three in the top six, giving them a comfortable win by 15 points.

Hendrix Eldridge won the Varsity Girls 5K race with a time of 20:09. This was a lifetime best for Eldridge, and with it still being early October, she will likely crack the sub-20 5K mark before the season ends. This time also puts her as the second fastest eighth grader in Mississippi, behind Leah Collipp of East Rankin Academy.

In second place was another eighth-grade star in a varsity race, Reese Johnson of MRA, who ran 20:26. Her new 5K PR ranks her as the third-fastest eighth-grader in the state. This performance was Johnson's highest finish of the season and her fourth meet in a top-five position, showing excellent consistency. Rounding out the podium was Gracie Atkinson from Jackson Prep with a 20:47.

Madison Ridgeland Academy took a close win over Columbia Academy. Both teams had their top five runners in the top 20 finishers, but MRA, who has yet to lose to a MAIS school this year, edged them out 49-53.

Henry Russ of Jackson Prep won a nail-biter in the JV Boys 2-mile, running 13:20.6 to narrowly defeat Van Moore of Silliman Insitute by 1.1 seconds. This first-place finish from Russ was the first-ever win of his career. Silliman Institute won the team title.