On the boy's side, Brookhaven High School's Darien Dorsey took the honors, and for the girls, it was Clinton High School's, Jonathan Perkins.

Both schools swept their classification state titles in each gender - The Brookhaven Panthers and Lady Panthers won the team titles in MHSAA 5A, and the Clinton Arrows and Lady Arrows did the same in MHSAA 6A.

Dorsey has made an impact on both the boys' and girls' Brookhaven squad. Before 2022, Brookhaven had never won a track and field state title. However, on April 30 at the 2022 MHSAA 5A Track and Field Championships, Brookhaven walked away with not one, but two state titles.

In the individual events and relays, Brookhaven had a total of eight state champions and 23 medalists. As for Clinton High School, they opened up their track and field season on Dec. 4th at the 2021 Magic City Invitational in dominating fashion, and that continued all the way through the postseason.

At the 2022 MHSAA 6A Track and Field Championships, the ladies won the title by an astonishing 77 points, doubling the team total of any other team in the field, while the boys won by a respectable 66 points. 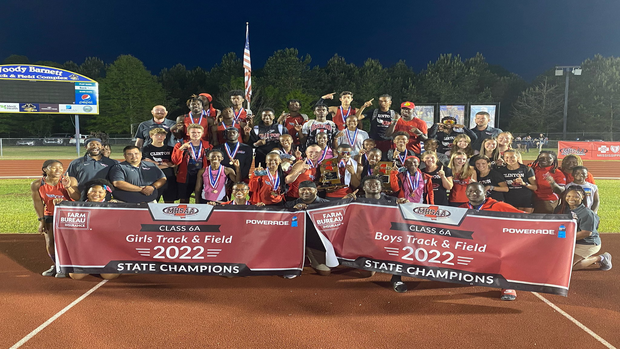 Clinton came away with 12 state champions and 28 medalists. On the girl's side, Corshunna Hughes won the 100mH, Aniya Madkin won the Triple Jump, Kaitlyn Walker won the Discus, and their 4x100m and 4x200m came away with the win. The team has many moving parts, which are led by Jonathan Perkins, who, while coaching a very successful program, also does his own timing at their home track and field meets.

Congratulations from MileSplit Mississippi to both coaches, and we look forward to more exciting things from both programs in the future!