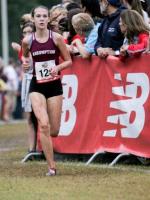 Sort By:
Filter By:

Kentucky's Best of the Decade...
Our selections for boys and girls top 7, teams, and moment of the decade!...

A Tribute to the Class of 2014: The XC Game Changers...
The 2014 Cross Country Season is among us with pre-season races starting this week for some.  To really understand this season coming up in some classes, especially in AAA Girls you have to talk abou...

10 More Pictures Added: Check out KY College Signing Pi...
National Signing Day is Here!!  Once you signed on the dotted line, make sure to get KYtrackXC.com a picture (kytrackxc@gmail.com)...

Assumption and Madisyn Peeples Ready to Take Down NXN...
Assumption is back in Portland, Oregon for the third year in a row at Nike Cross Nationals.  The state of Kentucky had individual qualifier for the first time ever in Madisyn Peeples of Bowling Green.