Before this past Saturday, the 3k cross-country state record was held by Tristan Davis of Saint Patrick High School.

Davis ran 9:39 at the 2021 Watson Cross Country Classic to take the state record. While this was a great feat, he only kept it for a year. The second-place finisher in that race was none other than Tupelo's Andrew Brown. 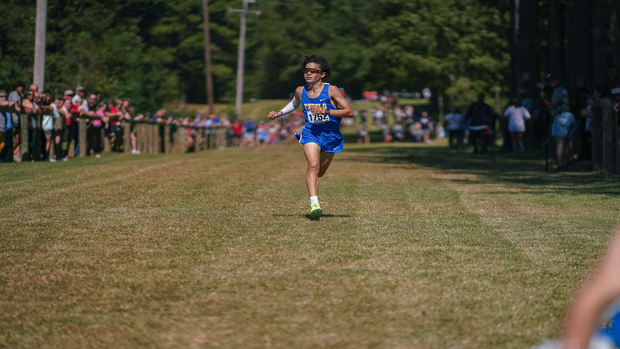 Brown came back to Watson this year to take that state record for himself. Running 9:36, Brown easily got the win and added the title of 'State Record Holder' to his resume.

In second place with a time of 10:20 was Cooper Wallace of Brookhaven. This was an 18-second improvement upon Wallace's 3k personal best. Wallace is now fourth all-time in the state record books for the middle school 3k.

Gage Sumrall of Pearl was the third-place finisher, running 10:41. Burton Potts of Tupelo and Jace Yates of East Webster rounded out the top five places.

The team standings mimicked the individual finishers. Tupelo took the win with all five runners in the top 15 finishers.

The race for second came down to the wire. Brookhaven placed second with a score of 51. Pearl was just behind them with 52 points. If one runner on either team had placed any differently, the standings would have been shaken up.

The Junior High girls' race was a close one between the top three finishers, as they were separated by 4.1 seconds.

In her first time to ever run the 3k, Carrie Ann Brown of Tupelo walked away with a hard-fought win. Brown was able to put a little bit of space on the competitors and placed first by three seconds. The race that went down in the chase pack was one to remember, as the second and third-place finishers were only half of a second apart. Winning the battle with a time of 12:26.70 was Elliott Neal of Pearl. Placing third with a time of 12:27.20 was Lena Cole of Park Place Christian Academy. Behind that tight finish was another battle between fourth and fifth place. Caroline Henry of Clinton beat out Rachel Hill of St. Fredrick by a tenth of a second. Those athletes ran 12:30.60 and 12:30.70, respectively.

Tupelo, one of the best middle school squads in the state, took home the win.

In second was Madison Middle School, not far off Tupelo.

Third place came down to a tiebreaker. Pearl and Clinton's top fives scored 83 points each. However, Pearl's sixth and seventh runners placed higher, giving them the tiebreaker win.