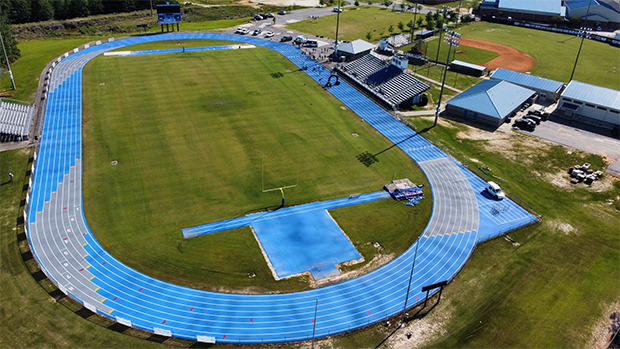 Drone Sho of the track

For all the years that Wayne Williams has coached athletes at Presbyterian Christian School, the school has named the new track after him. Wayne has coached a number of MAIS State Champions on the old track for a lot of years. The track needed to be updated so the funds were raised and the construction was completed in time to run a couple of meets just before the end of the season. Wayne Williams was honored that the track was named after him. The Wayne Williams track and field complex will host many more meets in the future. The exchange zones have a contrasting color. Exchange Zone 1