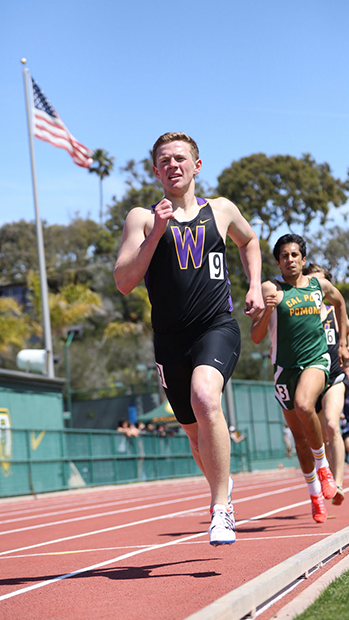 When people think of giving advice to their younger self, they often impart words of encouragement, telling them to give it that extra 10%. After all, it is commonly thought that if running 70 miles a week is good, then 80 must be better? I would like to offer a different spin on things.

I would like to convey the lessons that are less intuitive and can only be appreciated from experience. The first of which is that more is not always more, and by that, I mean that at times taking a step back is the most beneficial next move. The diminishing marginal utility of that extra mile will eventually catch up to you. Soon, you will be training your butt off in order to compete at the college level, running further and faster than your body is accustomed. You'll feel invincible for some time, but that will come to an end. As you begin Cross Country during freshman fall, the overtraining will catch up, and you'll have to take 2 months off due to a soft tissue strain in the knee, which was likely patellar tendonitis.

While what I'm telling you might sound like a disheartening story, the opposite is the case. The reduced running will actually will pave the way for a triumphant spring track season where you'll make the greatest improvements in your running career. As you are running some of the lowest mileage since sophomore year of high school, you'll learn to adjust to work within the constraints of your body. This will mean having to substitute running for alternatives like swimming, cycling, and the occasional yoga class. My only regret is not knowing this and not learning to take care of my body sooner.

The second large piece of advice I'd like to share is to transform your perspective on the sport. You know too well that you were obsessed with the numbers game when it came to pacing and mileage. Having a healthy relationship with the sport should be your utmost priority. Though simple, I think the best thing you could do is to stop running on pavement. Not only did the pounding of the pavement on your legs lead to injury, but it also simply created an unpleasant atmosphere. I understand the paces from the track and pavement will look the best on the log; however, it isn't these fast times that will fuel your passion for running. Instead of obsessing over how fast the pavement will let you go, channel that obsession into a thirst for memorable adventure runs. There is a time and place for hammering a workout, but letting go of those fixations every once in a while will immensely transform your relationship with running.

Don't let the slightly negative nature of my advice deter you. At 19 years old, I can't promise to have the most seasoned understanding of things, but these past 5 years of running have been fruitful in lessons of self-control and perspective.