Now that the first weekend of the 2021 cross country season is over (with plenty more to come), we have some fantastic storylines to cover! Harrington and Warren looked fantastic in their season openers 2-miles on a very hot day in Magee, MS. Warren won the girl's field in 12:43, which would have placed 8th in the Varsity Boy's race! Harrington took down pre-race favorite and 3-time MSAIS Champion Dallas Stricker with a strong 11:12 (Stricker took 2nd in 11:20). Neither of the two has won a state title in cross country, but they showed on Saturday that they are serious contenders to do so in their respective classes.

You read that right... A 7th-grader just did that! Run at a Tupelo intrasquad meet, that time of 17:55 is #4 All-time for 7th graders. As a matter of fact, the 7th-grade record is held by Andrew's older brother, who is a name that you may recognize - Taylor Brown . Being a stud at such a young age must 'run' in the family. Could Andrew potentially break Taylor's age group state (and family) record by the end of the season? 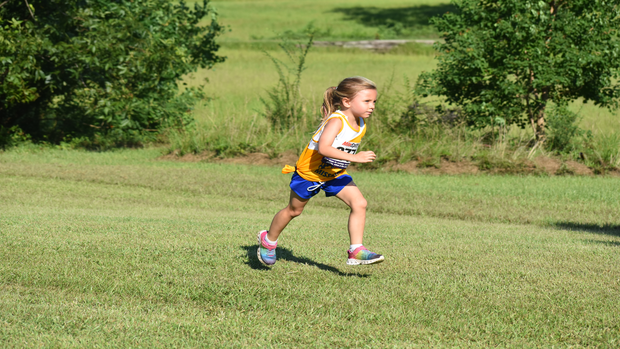 This was just awesome. I could hardly believe my eyes when I saw Leggett run by me in the first mile. She didn't even look that tired when she finished. It was truly inspiring to see Legg, among plenty of others, crush the 2-mile course on Saturday.