In the first race of the day, the boys of Oxford High School set the tone for the day and created momentum for the rest of the Mississippi athletes. The trio of Luke Johnson, Ethan Knight, and Matthew Singletary came through the first mile in sub-5, running three-wide and looking smooth as glass.

At around the halfway mark, Johnson began to slowly make his move, and Ethan Knight and Nate Shingleton of Tennessee went with him. They came through 2 miles in under 10:10, and then they reached the snake - a series of sharp switchback turns that is also through rolling hills, and Johnson pounced and broke the field. No one responded to Johnson's signature last-mile surge, and he won in 16:06, his 2nd sub 16:10 win in a row. 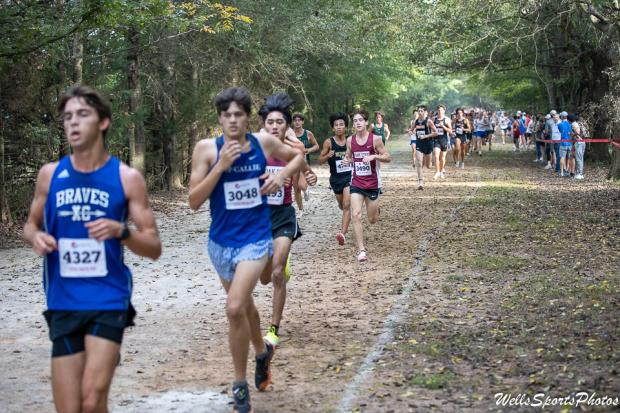 Next up was one of the most highly anticipated races of the day, the HS Boys Gold Division Championship 5k. Slated to enter was the #1 boys team in the state, Brookhaven High School, as well 1:59 800m man Curt Carman trying to show his versatility.

However, like I have been preaching time and time again this year - they were all relaxed. Even though Childress came through the first mile faster than he's ever had in his career, he found control in the chaos. He trusted his fitness and knew he was right where he wanted to be, and when the Vestavia duo of Alex Leath and Will Jordan began to pick off stragglers off of the front group, Childress trusted his instincts and went with them, and it paid off big time in the end. 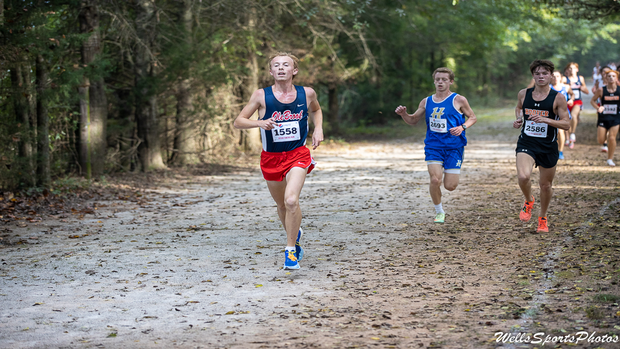 Even though Arnold began to drift back after the first mile, he knew he was a big second-half racer, and that they would all come back to him. Jake Thompson didn't even have a race plan going in - he just knew how hard he has worked and that he wasn't going to let this opportunity go to waste.

Brookhaven finished with a 6th place finish in one of the highest caliber and deep fields in Jesse Owens history. They were seeded 11th going into the meet. They beat powerhouses such as Chelsea, Vestavia, McCallie, and were just 6 points off of Brentwood.

Every single member of their team ran a PR - Including their 6th man Wyatt Scott, as he broke 19 for the first time in his career.

Brookhaven showed us on Saturday that they are not only trying to be the best team this season but that they are vying to cement their names in Mississippi High School Cross Country History. And after their astonishing performance on Saturday morning, they got 1 step closer to doing so.

Also, shoutout to 800m runner Curt Carman for showing us his range and breaking 17 for the first time in his career. MHSAA 4A seems to be getting deeper and deeper each race.