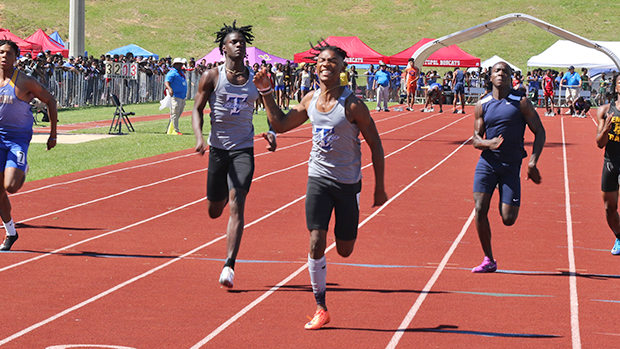 Several others really set themselves apart. Christian Balcer. East Central took a shot at the overall State Meet record in the 3200 meters but came up about 7 tenths of a second at 9:19.66. He continued on the win the 1600 and the 800-meter runs. To cap off his day he anchored his 4X400 relay team to a come from behind second place. Camrun Norman did his normal great job for Hattiesburg High winning his long jump, triple jump, and high jump. In the high jump, there was some real competition with Josh Khirkam, Cleveland Central they both cleared 6'10" with no misses then both failed at 7 feet. They lowered the bar one inch at a time until it was back at 6'10" where Camrun cleared and Josh missed. All in all a great competition.